Congratulations to Robinson 8th grader Thomas G who on Saturday, February 22nd, finished 1st in the regional tournaments of both the U.S. Academic Bee and the National Science Bee, and 2nd in the regional National History Bee! He will be going on to compete in the national championship tournaments for those events, as well as the U.S. Geography Olympiad national championship, in June!.

On Saturday, February 29th, the Robinson Scholastic Quiz Bowl Team came in 2nd Place in the VHSL Scholastic Bowl State Championship for the second time in two years. The team had a 2-1 record, only losing to McLean High School, the State Champions. Congratulations to our team: Kate A.,  Jimmy O., Bridget S., and Ethan F!

23 Robinson students competed in the DECA State Leadership Conference the weekend of February 28th through March 1st, in Virginia Beach. At the conference, students from all over the state of Virginia competed to qualify for the DECA International Career Development Conference in Nashville at the end of April.  Congratulations to all 23 students who represented Robinson this past weekend. Taking the time to do something that requires extra work or that is outside your comfort zone is definitely something they should be proud of.

Special Congratulations are in order for the ten Robinson students who qualified for the DECA International Leadership Conference:

Congratulations to  the Robinson Certamen teams who all placed in the TJ tournament on Saturday!   (Certamen is a Jeopardy like game that is played by Latin students which focuses on grammar, mythology, history, and culture.)   The novice team came in 1st out of 26 teams!  And our intermediate and advanced teams placed 3rd and 2nd respectively.  Well done!

The speech team members, who were eligible for WACFL metrofinals, competed on Leap Day Year Saturday (a rare occurrence for the tournament to be on this day). At this competition, they were trying to place within the top 6 of the Arlington Diocese to earn a bid to Nationals. Students in the Arlington Diocese who placed in the top 3 went to the final round of competition against the top 3 from the Washington Diocese to determine who the top 6 students for the entire league were (this is for bragging rights). Nationals this year will be in Chicago over Memorial Day Weekend, and in true Robinson Home of the Champions style, we have students who are eligible to compete at this level.

Please join the team in congratulating:

Additionally, senior Sofia Perrone came in 7th in extemporaneous, so if one of the top 6 decide they can’t attend nationals, Sofia will get called up.

Finally, we had a student compete in impromptu (this is an our diocese only event and doesn’t proceed to nationals, so both diocese go head to head the entire day). While freshmen Hovsep Seferian did not place in the top 6, he came in 11th out of 23. 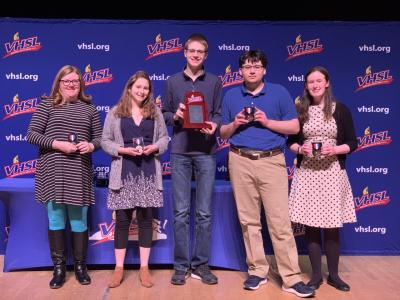 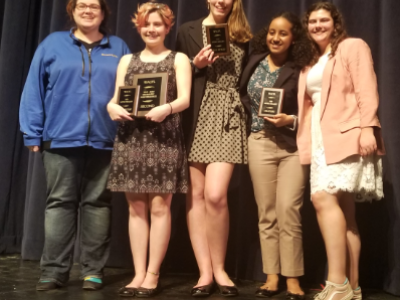 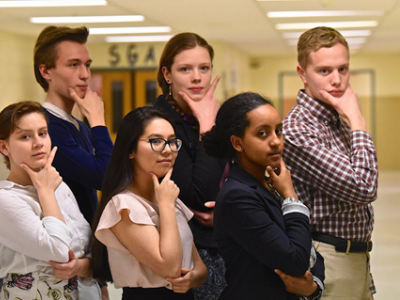 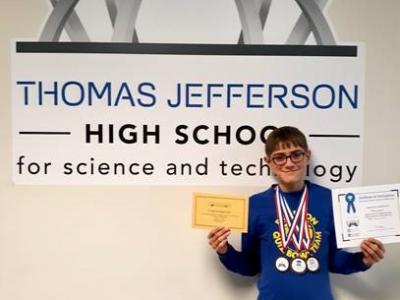